It's only fair. If we hit this goal, ALL the interior art needed to fill out the placeholders in the Rulebook will be included. The world of Broadsword is nebulous and undefined, only as specific as the Quest Book describes. But if we hit this stretch goal, illustrator and cartographer Thomas Novosel Wormskin; Uldridge City; Dust, Fog, and Glowing Embers will help solidify the greater world area and bring it to life with an illustrated map of the region, using specific locations from the "Conquering Despair" Quest Book to better visualize the setting!

At this stretch goal, new card backs will be drawn and colored for 20 of the 22 decks - Skills deck, Chaos Spells deck, 11 decks of Advancement Spells, and 7 decks of Class Spells for Caster and Hybrid classes. The remaining 2 card backs will be reused from Gary Chalk's card art for HeroQuest.


Don't leave those cards blank. Help get us to the final Art Wave to complete all the cards! If we reach this stretch goal for the third and final wave of art, any card front images that aren't going to feature Gary Chalk's work will have all new art for all the decks. At this amount, the base game will consist of: Rulebook, Quest Book, Character Sheet, Tokens, and over cards 22 different decks.

Here are what some of Broadsword's card fronts might look like using Gary Chalk's repurposed art. What's more impressive than a single front cover on a book? If your answer was a back cover, you'd be right! If we hit this stretch goal, Eric Quigley will double the size of the color covers for the Rulebook and Quest Book from single page to wraparound covers.


Your printed books will look extra fancy now! Give your players additional verisimilitude and immersion in the game by listening to a professionally produced voiceover track, complete with added environmental effects, if applicable. Here are a couple other samples of Graydon's previous work.

The first is a clip with a major focus of his vocal work and a little background music. Here is a bit more information about the artists and contributors involved this project. In their own words:. An avid gamer on almost every platform, he cut his teeth on adventure boardgames like HeroQuest, whose influence has clearly stuck with him ever since. Chicago is where he currently calls home, but his heart will forever belong to Los Angeles. Gary Chalk : Gary should need no introduction, having illustrated fantasy books and games for many years.

He is best known for work on the Talisman board game, the Redwall stories and the Lone Wolf series of gamebooks. Currently drawing mice wearing trousers somewhere in Normandy, France. Gennifer Bone : Gennifer is an artist hailing from Las Vegas. When she isn't making artwork, working out, or playing games, she rules from on high as a Vampire Queen. Or at least that's what she tells people.

Jenna Fowler : Jenna is a queer American freelance artist that has been producing illustrations and graphic design since She loves to create fantasy art that lets unique characters shine and tells diverse stories. Eric Quigley : Eric is a freelance illustrator working predominately in the science fiction and fantasy genres.

He currently resides in Portland, Oregon with his beautiful girlfriend and cat, though he strongly considers himself a dog person. Johnson : D. Johnson is a professional illustrator and concept artist working and living in Montana. James M. Devin Night : Devin spends a lot of time thinking about games.

Either playing games or creating art for them, it's one thing that always makes him happy. He's been lucky enough to find a niche creating overhead tokens of characters and creatures for virtual game tables. 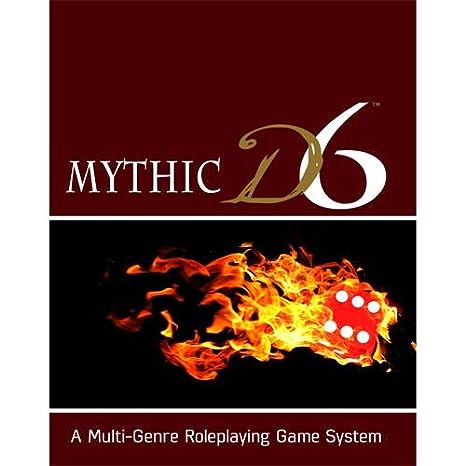 When he's not working, he's spending time with friends and family. They produce battlemaps and tiles of fantasy and sci-fi locations, and have done so for over 4 years. They love producing maps that are usable, imaginative, and give GMs lots of ideas for adventures. Thomas Novosel : Thomas works on art that is gameable, and erases then pours ink on paper until it is evocative or at least a wizard.

He has done art for a variety of tabletop gaming zines including Wormskin, his own adventurer's equipment zine, Uldridge City, and a supplement for the upcoming Dust, Fog, and Glowing Embers , and spends most of his days trying to understand other people's art. The Bard : Renowned HeroQuest advocate and a master of the hidden art of unboxing, the Bard wanders the land in search of secret wisdom and cracking yarns.

Recently, great oaths have been undertaken in ancient halls and the Bard has sworn to bear witness to the forging of the Broadsword. Will he lay his lips in reverence upon its naked blade? Will he have a hand in the etching of the runes that line its fuller? Tradition demands a vague answer. But the answer is yes. Graydon Schlichter : Graydon has been an actor for almost 30 years, loving every minute of it.

With his first professional radio gig at the ripe old age of 16, he's been a voice over artist almost as long. These days, he engineers his own audiobook recording sessions, other voice over work for a diverse client base, as well as for theatres and festivals around Los Angeles. My goal with this fundraising campaign is to keep it as simple as possible and to pay the artists a fair wage for their work.

This will end up with a better game overall, and ultimately, that's what it's all about - putting a beautiful game into people's hands. As stated before, this campaign is to raise money to pay the artists that will be making the game gorgeous and complete. Kickstarter invariably takes its share, plus an additional fee per pledge backer.

On top of that, there's always the tax man that'll come knocking. The remainder will all go to the artists! I'm not looking to add unnecessary complexity by including physical shipments or gimmicky doodads like t-shirts or stickers. That's why I've stuck with all-digital rewards. If this campaign exceeds its funding beyond the stretch goals listed above, additional money will go into making future Broadsword products and expansions - I've already got some neat ideas in the pipeline ready to be worked on.

But first things first! Of all the possible challenges that may occur, three that I can see are at the forefront. First, the art may take longer to deliver than originally estimated, which will push back the game's release. Second, due to the nature of Kickstarter's all or nothing approach to fundraising, if the project fails to achieve its goal even by a dollar, then NONE of the raised money will be able to be used toward art. Finally, there may be some people who may be skeptical or may outright refuse to pledge solely based on the fact that this is my first Kickstarted project.

To those people I say, fear not! This project is, again, only to pay the artists. If we are not successful here, it does not impact the game's state of release. It will still be playable and complete, but I will either a find another method to get art in the game, or b release it without art. Same as Adventurer.